It is located on the Peruvian North Coast, in the Piura Province, San Juan de Curumuy district, at the end of the “Daniel Escobar” Derivation Channel, where it discharges its waters towards the Piura river by a “rapid fall” known locally as Curumuy Fall.

In this structure, there generated a 40 meters height change, which is used to generate energy, diverting the canal waters before the structure to a loading chamber built parallel to the canal, making the water enter a pipes system that lead to the powerhouse, where are two Kaplan type turbines and two generators with 12.5 MW of total power.

It is located below the Poechos Dam bottom exit, in the Sullana Province, Piura Region. The height difference between the upper water level in the Poechos Reservoir and the Chira River is exploited, using all the irrigation waters that are destined towards the Chira Valley.

This power station has a 4.0 m in diameter forced pipeline, that branches into two pipelines of 2.70 m in diameter each before the powerhouse entrance, to transport the installed flow rate of 45 m3 / s to the machine house, which houses two Kaplan-type units to produce electricity that is delivered to the National Energy System. The control house is completed with a measurement, command, protection and operation equipment. 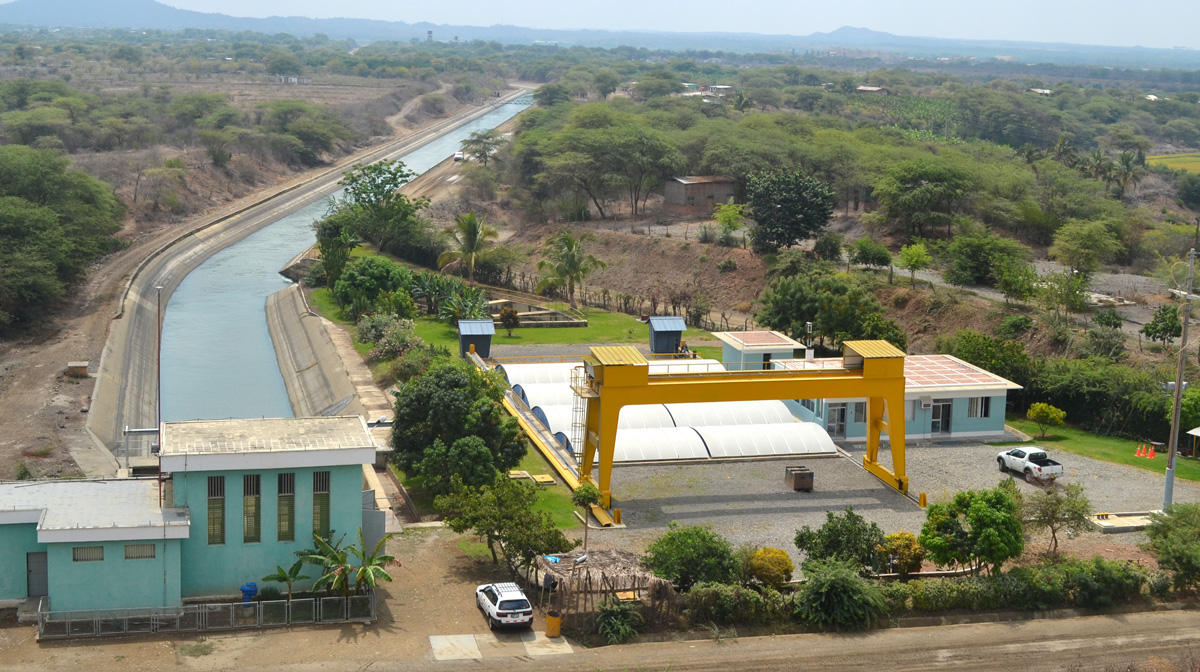 It is located on the Peruvian North Coast, in the Sullana Province, Piura Region, and it will represent the Poechos energetic project second phase.

The power station has two horizontal Kaplan turbines, two generators and two speed multipliers, that allow to produce 10 MW of power. It is connected to the National Energy System via CH Poechos I.

It is located on the Pacaraos district, Huaral Province and Lima Region. It has an installed capacity of 19.2 MW, for which it uses a 3.6 m3/ s Chancay’s river flow with a 720 m jump. The work includes the construction of water intakes, the sandtrap, water conduction structures (tunnels, channel), the loading chamber with emergency spillway, the safety valve house, the forced pipeline, the powerhouse and control room structures, discharge channel and keys yard.

This power station provides power to the National Interconnected System through the 60-kV transmission line. 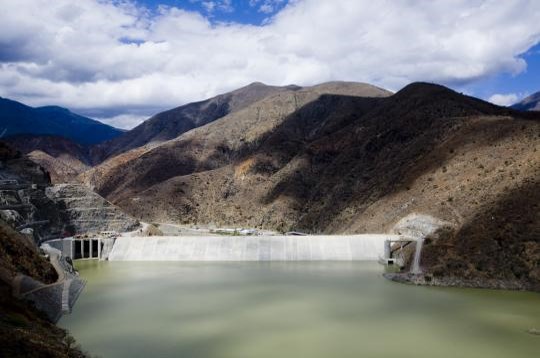 We have the exclusive right to develop the Olmos I Hydroelectric power station project, which is part of the Olmos-Tinajones Special Project.

It consists of the transfer of the waters of the Huancabamba River (410 million m3 of free water), located in the Lambayeque Region, from the slope of the Atlantic Ocean towards the slope of the Pacific Ocean, through a trans-Andean tunnel of approximately 20 km. of length and 5.3 m diameter, in such a way that it is used for the land’s irrigation and the hydraulic energy generation for the area.

The waterfall from the Lajas Creek will be taken advantage of, whose power is 100 MW, and will house two turbines and two generators, each 50 MW unit of power.

It will be connected to the National Energy System via a 60-kV high-voltage line, of 35 km. in length, up to the Motupe Sub Station.